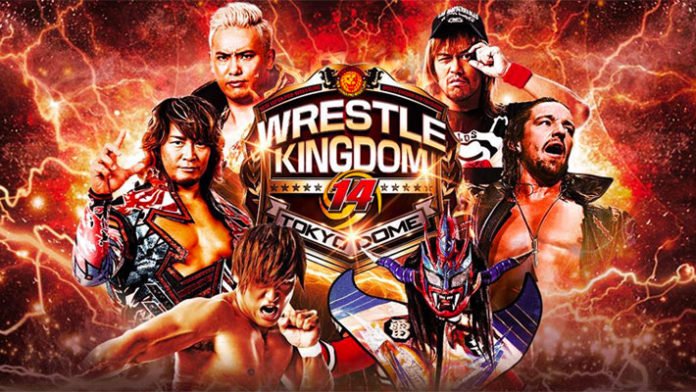 New Japan Pro Wrestling has announced the cards for both nights of Wrestle Kingdom 14 on January 4 and January 5 at the Tokyo Dome. This will be the first time New Japan has held its marque event over two evenings.

The main event matches on night one will see Kazuchika Okada defend the IWGP Heavyweight Championship against 2019 G1 Climax winner Kota Ibushi and Tetsuya Naito challenges Jay White for the IWGP Intercontinental Title. The winners will face each other in a double title match on night two.

Wrestle Kingdom will also host the final two matches of Jushin “Thunder” Liger’s career. On night two, the legendary jr. heavyweight will team with Naoki Sano and square off against Ryu Lee and Hiromu Takahashi in a tag team match. Liger and Sano were past rivals, while Lee and Takahashi are contemporary rivals.

Hiroshi Tanahashi will take on AEW World Championship Chris Jericho on night two; however, there will be no mention of AEW on New Japan’s part. It’s good to see Tanahashi only wrestling once since his body is banged up. Keep him special while he’s still able to work at a high level.

It’s a shame that Tomohiro Ishii doesn’t have a more high-profile match in the Dome. He had a stellar G1 tournament and continues to put on great matches. It will also be interesting to see how Hiromu Takahashi performs in his first match back from a broken neck he suffered sixteen months ago.

Lance Archer defends the IWGP U.S. Title against former champion Jon Moxley in a Texas Death Match. Moxley was stripped of the title on October 14th due to travel issues, and Archer beat Juice Robinson on the same day to capture the vacant championship. Robinson will meet the winner in a title match on night two.

Here are the full cards for night 1 & night 2

-Kazuchika Okada vs. Kota Ibushi for the IWGP Heavyweight title

-Jay White vs. Tetsuya Naito for the IWGP Intercontinental title

-Will Ospreay vs. Hiromu Takahashi for the IWGP Jr. title

-Lance Archer vs. Jon Moxley in a Texas deathmatch for the IWGP United States title

-KENTA vs. Hirooki Goto for the NEVER Openweight title

-Zack Sabre Jr. vs. SANADA for the British Openweight title