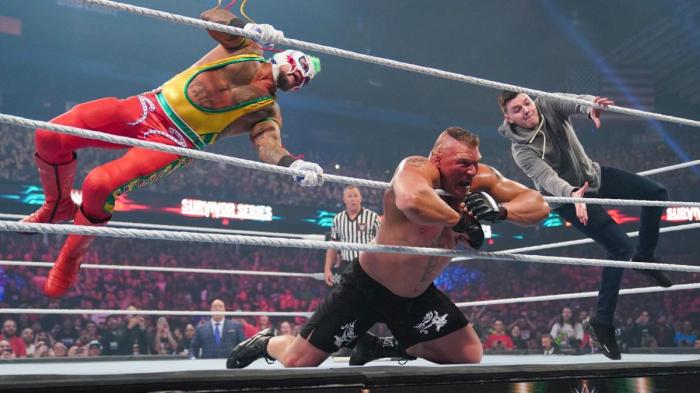 The thirty-third annual Survivor Series emanated from the All-State Arena in Chicago, Illinois, with a new caveat added to the event’s brand supremacy theme. For the first time, NXT competed against Raw and SmackDown. There were several Interbrand matches along with three title matches that made for one of the better WWE pay-per-views of 2019.

WWE didn’t make the wrestlers wear those color-coded brand-specific t-shirts, which were lame. Adam Cole is the big winner here as his matches throughout this pay-per-view cycle exuded superstardom. It will be interesting to see what is in store for him in the next six months.

The match I was looking forward to the most was the Triple Threat encounter between NXT North American Champion Roderick Strong, U.S. Champion AJ Styles, and Intercontinental Champion Shinsuke Nakamura. In some ways, this match was behind the eight ball before it began since it was never going to live up to the impossible expectations fans had considering the talent involved.

While it never got to that fifth gear, it got close as all three wrestlers worked well together. Several big spots got the tough Chicago crowd to come alive. Roderick Strong got the win when Styles hit the phenomenal forearm on Nakamura and Strong ran in, threw Styles out of the ring, and pinned Nakamura.

Adam Cole defeated Pete Dunne to retain the NXT Championship in what is unquestionably match of the night. This was their most high profile match to date. This match could have very easily been a significant misstep considering Vince McMahon usually doesn’t book NXT style matches on major WWE shows. Vince deserves credit for letting NXT shine by allowing them to do what they do best. I’d recommend going out of your way to see this one.

Team SmackDown won the Men’s Survivor Series Triple Threat Elimination Match when Roman Reigns pinned NXT’s Keith Lee to emerge as the sole survivor. I was concerned that NXT would get lost in the shuffle of the main roster star power of Raw and SmackDown.

One point of contention occurred right of the bat when WWE U.K. Champion WALTER, representing Team NXT, was eliminated in four minutes. The crowd hated this, and fans online were equally as upset. WALTER shined against both Bruan Strowman and Drew McIntyre until McIntyre hit WALTER with the Claymore Kick for the elimination.

Looking at this from a promoter’s lens, this was the first time seeing WALTER for a large part of the audience. Booking WALTER to run roughshod over McIntyre and Strowman was done with the idea of getting him over with the uninitiated before he was eliminated. However, it wasn’t enough as all everyone remembers is how quickly WALTER was pinned.

Tomasso Ciampa pinning Kevin Owens with a draping DDT, in front of Randy Orton, was funny because it is a move out of Orton’s playbook. Also, Orton never beats anyone with that move while Ciampa sealed the deal.

Seth Rollins’ next t-shirt should read, “How the mighty have fallen.” The once-popular superstar is now a pariah due to several Twitter faux pas over the past few months. While he didn’t say anything offensive, his comments have made him come off as a company kiss ass while WWE has been pushing Rollins as the cool lead babyface on television. 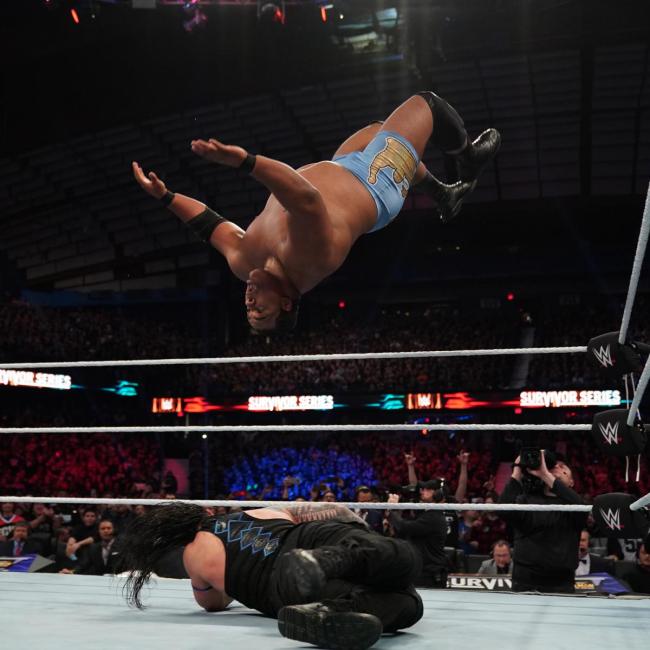 Keith Lee came off like a superstar in the final frame with Roman Reigns. In defeat, Reigns offered a fist bump out of respect to Lee, which spoke volumes. Typically, fans would have rejected the idea of the top guy giving props to an already popular wrestler.

However, Reigns has only extended his fist to members of The Shield. Lee getting such praise came off as a nice moment that suggests big things are in store for the former Texas A&M defensive end. At 6′ 2″, 320 lbs. and moves like a cat, Lee has the makings of a superstar.

Brocks Lesnar matches at Survivor Series have become an event unto itself. The past two years he tore the house down with smaller opponents in AJ Styles and Daniel Bryan. This year he wrestled the smallest of the small in Rey Mysterio.

The NO DQ stipulation was used well as the mammoth Lesnar threw Mysterio around like a ping-pong ball. Rey found an opening and walloped Lesnar at will with a lead pipe. Rey’s son Dominick got involved and looked as if he was going to throw the towel in. The father and son duo delivered a double 619 to Lesnar, which was fantastic.

Each also delivered an Eddie Guerrero style frog splash to Lesnar. Dominick got some serious height with his splash. Lesnar caught Rey coming off the top rope with an F-5 for the win. While the match was short, it was fun while it lasted and told a great story.

NXT’s involvement this year made for one of the better Survivor Series shows in some time. They added a fresh element to the overproduced “brand supremacy” theme and greatly improved the match quality. WWE booking NXT as the heel invaders worked against them, inadvertently making them the babyface underdogs that no one wanted to lose.

It was important for NXT to shine on its biggest stage to date, and their win over Raw and SmackDown could give them the rub needed to beat AEW, in the ratings, consistently going forward. WWE produced a fun show that elevated their most popular asset. I’d say mission accomplished.