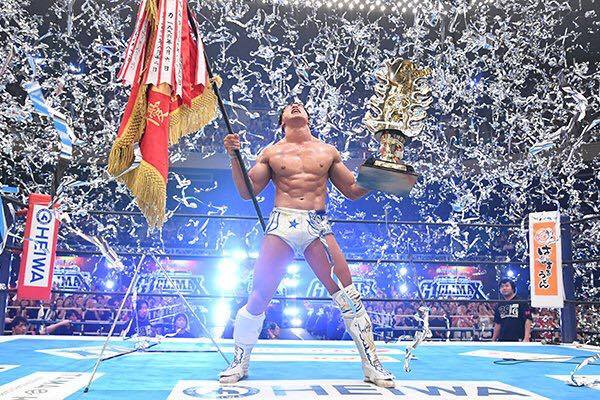 “The Golden Star” Kota Ibushi pinned Jay White on Monday to win the grueling month-long G1 Climax tournament. Ibushi beat Okada to win the A Block while Jay White defeated Naito to secure the B Block, setting up the final match in Tokyo. White blindsided Ibushi the night before and reinjured his ankle.

The match drew a lot of heat form the Budokan crowd as White targeted Ibushi’s ankle at every turn. The finish came when White went for the Blade Runner, and Ibushi dug down deep to deliver a Kamigoye, followed by a flying knee and two more Kamigoye strikes for the win. 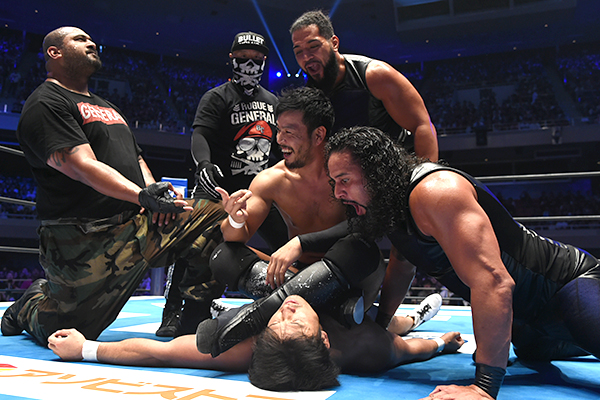 In one of the best angles of the year, KENTA turned on his tag team partners and joined the Bullet Club. What was even more shocking was the physicality of Katsuyori Shibata as he jumped into the ring and cleaned house. It was terrific, and a little scary consider Shibata retired from wrestling several years ago due to an injury that resulted in bleeding of the brain.

Shibata was ultimately subdued by the Bullet Club’s strength in numbers. KENTA delivered a PK kick on Shibata and proceeded to sit on top of him in Shibata’s signature pose. KENTA threw up the too sweet sign, confirming his affiliation with Bullet Club. Shibata left the ring under his own power, which was a drama-filled moment in itself. I’m curious to see where it all leads. It was a compelling moment.

Suzuki cut a promo after the match and bragged that Okada lost to a guy that wasn’t allowed in the G1. Suzuki told Okada to hand over the IWGP belt to him. Simple storytelling built to its finest. I wondered why Suzuki was not in the tournament, now, we have our answer.

Final Thoughts: When it is all said and done, G1 Climax 29 will go down as one of best there has ever been. There were a lot of great matches and moments that kept me coming back for more. Kazuchika Okada and Hiroshi Tanahashi continued their string of legendary matches on opening night in Dallas. Kazuchika Okada vs. Will Ospreay in Tokyo was probably the best match of the tournament. The all-out brawl in Korakuen Hall between Jon Moxley and Tomohiro Ishii was my favorite match of the tournament.

Lance Archer stepped up his game throughout the tournament while Jon Moxley took the whole thing by storm. Will Ospreay gets my vote for tournament MVP and the in-ring work Hiroshi Tanahashi never ceases to amaze me. Will Ospreay delivering a shooting star press into a Zack Saber Jr. triangle choke was a breathtaking finish. Tachi vs. Ishii during the B Block finals was my favorite match of the weekend. That includes White vs. Ibushi, which as sensational.

Kota Ibushi became the first wrestler to win Best of the Super Juniors, the New Japan Cup, and the G1 Climax. Three unique tournaments in two different weight divisions puts Ibushi in a class all by himself. The artistry on display by Ibushi was on another level. His G1 win guarantees him an IWGP Heavyweight Title Match at Wrestle Kingdom on January 4th in the Tokyo Dome.

This truly feels like its Ibushi’s year. However, two years ago, it also felt like Tetsuya Naito’s year, and he was unsuccessful in his Tokyo Dome bid. It’s hard to doubt the booking of New Japan since they rarely get it wrong. However, with the top-level wrestling landscape changing so drastically with the emergence of AEW, ROH’s decline at the box office and WWE moving to FOX, everyone needs more stars. Ibushi is primed and ready to be the golden star of the lion’s den.