Home › Pro Wrestling › Late to the Party: Thoughts on WWE Money in the Bank

Late to the Party: Thoughts on WWE Money in the Bank 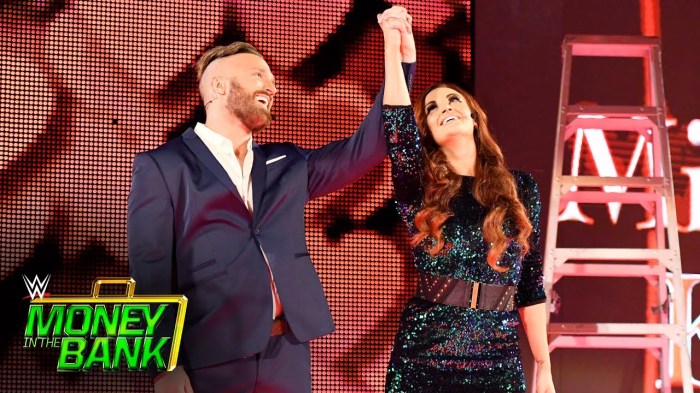 Sorry for the lack of wrestling blogs as of late. I’ve been so busy with my Clark Kent job that finding time to write has been next to impossible.

I never thought that I would say this about a Money in the Bank event, but the 2017 incarnation, for the most part, was a failed deposit. Every match had an anti-climactic finish, except for the WWE title showdown between Jinder Mahal and Randy Orton…And that’s not an endorsement.

In what I can only chalk up to lazy writing, they booked the same exact finish from Backlash where Jinder won the title. Orton hit the RKO on Samir on the floor and another RKO on Samil through a table. He got in the ring where Mahal immediately hit the Khallas for the pin.

Baron Corbin won the men’s Money in the Bank ladder match. It was a great match, but the ending was uninspired because internet fans knew he was winning and casual fans could care less about the “lone wolf.” Vince McMahon is very high on Corbin because he’s tall.

Shinsuke Nakamura was booked perfectly in the MITB ladder match. He came out to a big pop after being jumped by Corbin right before the match began. Nakamura cleaned house and laid out everyone with the Kinshasa until he bumped into an old friend.

AJ Styles and Nakamura went toe-to-toe and the fans ate it up like a starving man at Christmas dinner. It was by far the best thing on the show and if WWE is smart, they will book Styles/Nakamura in a big match at Summer Slam. Nakamura beat Styles in a match of the year candidate at Wrestle Kingdom 10 (NJPW) in 2016 and fans have been clamoring for a rematch ever since.

I wanted to save this part for last because I’m so happy for Mike Bennett, who after years of hard work and determination made his WWE debut at Money in the Bank. Mike debuted alongside his wife Maria Kanellis, who returned to the company for the first time in seven years.

Mike and Maria will be on SmackDown and be doing the same power couple gimmick they did in TNA, with a twist. This time out, their love for each other will be on display with a hearts and rose motif flanked by an 80’s style romantic power ballad titled “True Love”.

Mike has taken Maria’s last name and will now be known as Mike Kanellis. I assume the idea is that he will get heat with the audience because he’s a man who has taken a woman’s last name, which will end up revealing that Maria is responsible for all of his success.

I’ve worked with Mike both as a wrestler and a promoter. He is a professional’s professional through and through and also a really good person. Mike was in this odd space for a while, where fans and journalists felt he couldn’t wrestle while insiders, promoters and fellow wrestlers were impressed with his talents.

Congratulations, Mr. Mike Kanellis, and I wish you nothing but the best.

Like Loading...
‹ ﻿Should We Buy Mayweather vs. McGregor?
Bullet Club Reigns Supreme at ROH ‘Best in the World’ ›