Pirates of the Caribbean: Dead Men Tell No Tales – Review 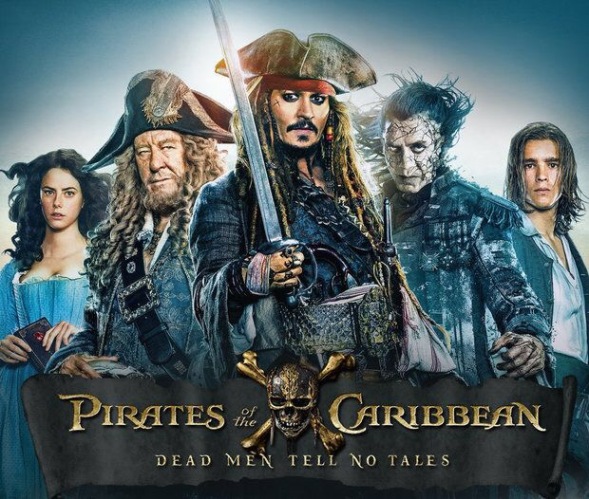 I recently treated myself to back to back movie viewings at my local theater. This is something I used to do all the time. I keep planning to do them but something would always come up at the last minute. This time…success! My two escapes were a bumbling pirate and a deadly extraterrestrial.

The fifth outing in the popular Disney franchise tells the story of a down on his luck Capt. Jack Sparrow who is looking to escape the ghostly wrath of the revenge-laden Capt. Salazar. Jack’s only hope is to find the legendary Trident of Poseidon and to do it, he will need the help of an astronomer and young Navy man with ties to his audacious past.

Pirates of the Caribbean: Dead Men Tell No Tales brings fun and adventure back to the franchise and it is the best film since the original. That may or may not be high praise since Pirates 2, 3 and 4 left a lot to be desired. Still, this was an enjoyable movie-going experience that had some hits and misses.

It can be interesting to see how certain characters evolve while staying true to the core essential values. Geoffrey Rush’s Captain Barbossa is the alpha pirate of the seven seas. He’s an entrepreneur but still quite the cutthroat.

We didn’t get enough time with Javier Bardem’s Captain Salazar and the script gave him little to chew on. Salazar’s anti-pirate conviction could have been fleshed out a little more. That might have been difficult since he’s a protagonist in a villainous role since, you know, pirates are actually bad but that’s what the film celebrates.

Brenton Thwaites (The Giver) as Henry Turner exuded unwavering determination, which really sold me on the journey that he embarked on.

Kaya Scodelario’s Carina Smyth is a welcomed addition and it was refreshing to see that she wasn’t just a rehash of what Keira Knightly did in the previous movies.

Jack Sparrow (Johnny Depp) was a chore to endure for the film’s two-hour runtime. He served absolutely no purpose to the story and was a blundering drunk who couldn’t get out of his own way. The portrayal was devoid of any wit and the “spaghetti wolves” humor failed to hit a single note.

This point is highlighted by a flashback where a young Jack Sparrow out duels Salazar, which brings about the curse that plagues him. Why couldn’t we get that version of Jack Sparrow? It left me wanting more while dreading the present day incarnation that we’re stuck with.

Plot points were developed well, however, the execution of their conclusions was too convenient. The climax, in regards to the film’s MacGuffin, came out of nowhere and diluted the magnificent power involved.

Dead Men Tell No Tales isn’t the worst film in the world. Notwithstanding some infuriating story elements that seem easy enough to fix with a little more effort, I had fun. As long as Disney can keep bringing that sense of adventure, which is the film’s meal ticket, audiences will keep coming back for more. Even with ghost sharks.