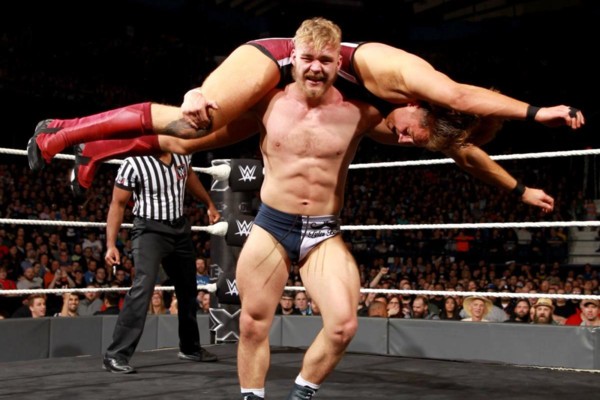 Two weeks ago, British wrestling standouts Pete Dunne and Tyler Bate tore the house down in a superb encounter at NXT TakeOver Chicago. If you’re unfamiliar with WWE’s U.K. initiative, watching this match will serve as the perfect introduction.

Seemingly, however, online drama coming after the match has fans voicing their displeasure at journalist Dave Meltzer, who, based on his popular rating system, gave the Dunne vs. Bate match 4 ¾ stars out of 5.

We’re talking about a smidge of a point away here. Yet, a lot of fans are left shaking their heads wondering what would this match had to have done to earn five stars. 4 ¾ is an excellent score, however, there is a bigger issue here.

Everyone is entitled to their own opinion whether anyone else agrees with it or not. If Meltzer’s insight and thorough coverage are how you gauge wrestling, that’s great. Dave Meltzer is the GOAT when it comes to wrestling journalism. I subscribe to his newsletter and I highly enjoy his podcasts.

The problem is, though, too many people look for validation of their thoughts and feelings when giving their opinion. Just because you thought Dunne vs. Bate was a five-star match and Meltzer didn’t, that shouldn’t change your opinion on the match that you enjoyed.

All wrestling is subjective. Same goes for books, movies, and music.

Meltzer’s views on a wrestling match don’t mean any more or any less than anyone else’s opinion. It’s the value that is placed on his perspective by fans that can muddy the waters between personal perception and popular opinion.

As a subscriber to the Wrestling Observer, I value Meltzer’s opinion and I’m always curious as to how he rates a wrestling match. That doesn’t mean I agree with him on everything and neither should anyone else…let me explain.

Out of my personal top ten favorite wrestling matches, only one of them was rated five stars according to his rating system. Did that cause me to hold the other nine matches in less esteem? Absolutely not.

I’m also not going to criticize the guy or marginalize my own opinion just because the two don’t match up. Are there matches I went out of my way to watch because Meltzer gave them five stars? You better believe it!

Not to get all scholastic, but critical thinking goes a long way towards finding confidence in one’s own thought process. These days, I find myself analyzing wrestling more than simply enjoying it. Still, if a match emphatically stands out to me, it stays with me forever. In the end, isn’t that what counts? The answer is an absolute yes!

As for Bate/Dunne, well, while I don’t rate matches in the traditional sense, it is without question the best WWE match of 2017 so far.

But, that’s just my opinion.

Like Loading...
‹ NJPW Best Of The Super Juniors Updated Standings
WWE Announces First ever Women’s Money in the Bank LadderMatch ›