The Undertaker enters the 2017 Royal Rumble 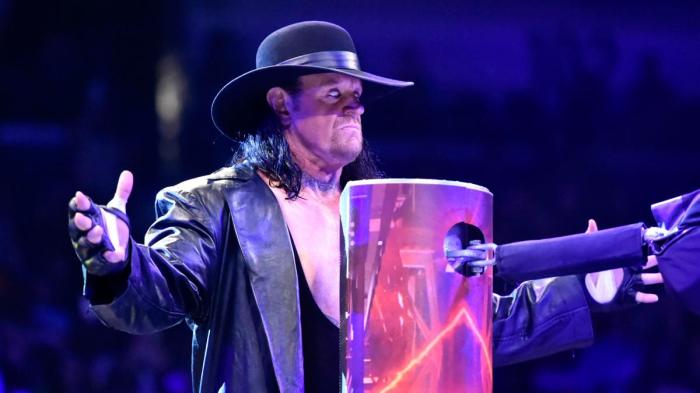 The Undertaker returned to Raw on Monday and announced that he would be entering the 2017 Royal Rumble. The announcement was made during the top of the show’s second hour where Stephanie McMahon threatened GM Mick Foley with the possible loss of his job if ‘The Deadman’ didn’t appear.

Raw emanated from New Orleans where the Phenom’s WrestleMania streak was broken. Undertaker mentioned this to a course of boos and followed up with that he’s dug 29 holes for 29 souls. Undertaker closed the segment by vowing to win the Rumble and return to the main event of WrestleMania.

This was an interesting appearance on a few fronts. Taker stated that he goes where he wants, wherever he wants, and that no one controls him, which heavily suggests that he’s not going to be tied to one specific brand.

Undertaker, being the one person who travels freely between Raw and SmackDown, puts more emphasis on his character, which is needed since he’s a part time performer whose days in the business are numbered.

In the previous brand split, the winner of the Rumble was allowed to vie for the world championship of their choosing regardless of what show they were on. There has been no word yet as to whether or not WWE is going to implement this stipulation since this is the first Rumble of the current brand extension.

The scary elephant in the room is Braun Strowman, who was shown watching Undertaker’s segment on a monitor backstage. This implies that WWE is teasing the possibly of an Undertaker/Strowman encounter down the line.

Strowman is WWE’s new resident monster they are currently pushing. While the former Strongman competitor has done a serviceable job in his elevated role on television, the prospect of him possibly working Taker at WrestleMania is a little lackluster.

Undertaker will be 52 years old when WrestleMania 33 rolls around on April 2nd. He doesn’t have many more matches in him as each year is rumored to be his last. Undertaker matches should be iconic and involve marquee talent instead of a wrestler on the rise like Strowman.

If the streak was still in play, Undertaker wrestling an up-and-comer would be a different story. The possibility of a new person turning into a made man by ending the streak would be an enticing affair to behold.

This year will mark Undertaker’s first Royal Rumble match in eight years, as well as the 30th anniversary of the event. The Royal Rumble will emanate from the Alamadome in San Antonio on January 29th.