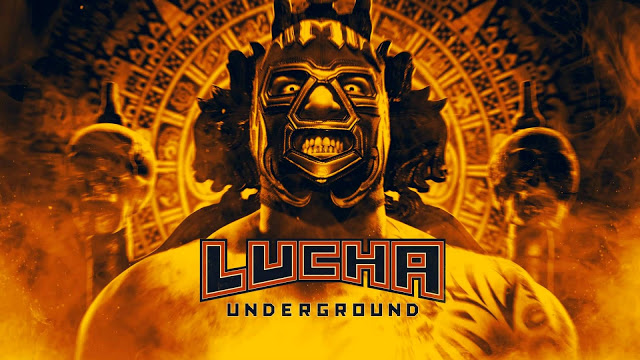 When people talk about their favorite television shows, for example The Walking Dead, they’re discussed with a favorable disposition that all culminates with one question. What is going to happen next? Conversation regarding WWE, however, consists of “Who booked this crap?” or “Why is that guy getting a push?”

Lucha Underground is changing the way people talk about wrestling due its fresh presentation highlighted by engaging storylines, unique matches, interesting characters, and great wrestlers. Last week’s season 2 premiere stirred up quite the conversation. Some feel that it’s a joke, while others believe it’s the best thing going today.

Here is why the latter appears to be the prevailing sentiment.

The cut scenes are shot and produced with a cinematic quality that puts all backstage wrestling segments to shame. Lucha Underground’s combative Shangri la known as the Temple serves a bigger purpose than any major arena. It doesn’t just house the matches, but it’s a character with a dark and dingy motif that augments the experience.

The Lucha Underground Championship possesses an Ark of the Covenant vibe that not only establishes a wrestler’s supremacy, but represents their dominion over the show. The Gift of the Gods belt marks the next worthy challenger for the LU title, but such a prize can’t be hoarded otherwise its defense is mandatory.

Intergender matches have been met with mixed reviews due to the man on women violence in the ring. Ivelisse’s championship match against Mil Muertes was endorsed with historical reverence since she was the first female to vie for the title and she held her own with a couple of well-timed armbars.

Ivelisse fighting men is the same as playing as Chun-Li in Street Fighter or watching Brienne of Tarth battle the Hound in Game of Thrones. They’re all fictional characters in a fictional world where the distinction of combat between men and women is different.

While WWE, TNA and ROH present their product as a combination of sport and spectacle, to varying degrees, Lucha Underground does neither because it’s not a wrestling promotion, it’s a television show. Therefore, it can’t be examined with a traditional lens.

WWE couldn’t get away with Brock Lesnar sending Brie Bella to Suplex City because it abhorrently goes against their established status quo. Chavo Guerrero can whack Sexy Star with a steel chair, and its ok, because it’s a part of the norm that Lucha Underground has established within its theatrical confines.

If the only version of pro wrestling that you can get behind is the kind that occurs on Monday nights, that’s perfectly fine. Those with a more sophisticated palate will enjoy this new flavor of grappling presented by the El Rey network. Lucha Underground is still the new kid in town that has people talking in support of, instead of in spite of. This is something the industry could use a lot more of.

Like Loading...
‹ Thoughts on Film: The Big Short
CM Punk Gets Called Out By Mikey Gall in UFC ›