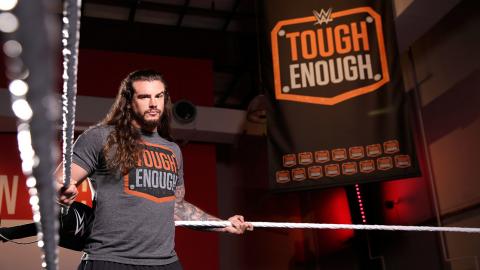 Professional wrestling maybe the strangest business in existence. That doesn’t mean the word “respect” is lost on the genre. In fact, it’s one of the first things listed on the syllabus of Wrestling 101. Whether you are humble or arrogant, no one is immune to taking part in this lesson.

Those who learn to appreciate the privilege of being in the business will, in time, start to earn respect from those who’ve come before you. The ones who are stubborn and hard headed will either learn the hard way or be shown the exit.

Tough Enough winner, Josh Bredl, made headlines this week for a disparaging remark he made on Twitter about the Social Outcasts being “Social Jobbers.” This reportedly drew the ire of several WWE superstars, with Stardust and Kevin Owens publicly firing shots at the Division I athlete.

Click here to check out the column in its entirety at Gerweck.net: Pro Wrestling Since 1997

Like Loading...
‹ The Debut of my Batman v. Superman Column
AJ Styles makes his WWE debut at the Royal Rumble ›