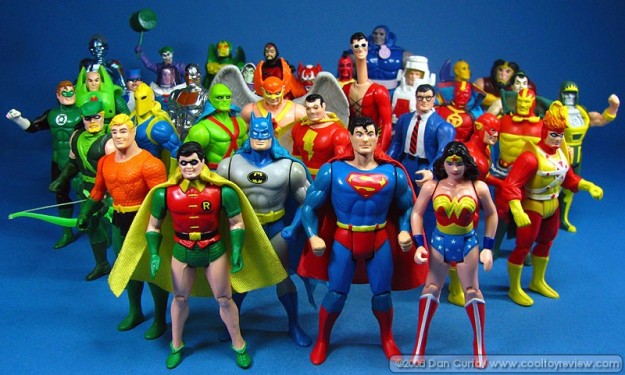 I love 80’s toys because they contain my first real memory of using my imagination to adventure in a galaxy far, far away. When I was four years old, my family and I were living in a tiny one room apartment known around town as the “roach motel”. Thanks to my Mother, who didn’t want her son to comprehend the gravity of our impoverished situation, I was introduced to a strange visitor from another planet who could make tall leaps in a single bound. His name was Superman, courtesy of Kenner’s Super Powers.

The popular action figure line of D.C. Comics heroes was launched in 1984 with the third and final series released in 1986. The yellow and blue star packaging of the collection stood out in every toy aisle. The figures were 3 ¾ inch scale with a trigger action response when the arms or legs were squeezed and came with a mini comic book featuring the character you were taking home. There were also play sets and vehicles derived from the source material and created specifically for the line.

Playing with these wonderful toys filled many of my days and nights. Over time, there were new additions made to my super powered roster, including Batman, Flash, Aquaman and The Joker. We could never find the Robin figure and I didn’t care to have Wonder Woman as a part of my collection because she is a girl and girls have cooties. 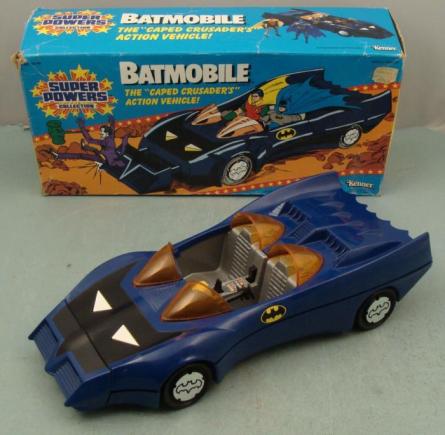 The Batmobile was the crown jewel of my collection. I didn’t realize it at the time, but my Mother was so happy that she could get this for me. We could barely afford the figures, so being able to get such an iconic accessory was a big deal. I recently purchased a new one on eBay because I discarded the original as a teenager, thinking I was Kool Moe Dee or something. The new one is displayed proudly in my office with Superman in the driver’s seat and Green Lantern riding shotgun.

This year marks the 30th anniversary of Super Powers and the Mattel toy company has released several  6″ versions that are painted to match their vintage counterparts. I really want to get the Superman figure, but there is no yellow “S” shield on the back of the cape (even though it’s on the original figure). This is a geeky pet peeve of mine that is holding me back from making the purchase, but I know I’ll cave at some point.

Even now, in my mid-thirties, I find myself waltzing down the toy aisle and looking at the contemporary toy offerings on the shelves. Super Powers will always have a special place in my heart because to me they were a touching gift from my parents that introduced me to the comic book genre that I’ve had nearly a lifelong passion for. The kid in me has a loud and commanding voice and I hope that never ends. I hope you’ve enjoyed reading my sonnet to a joyous past.

2 thoughts on “My Childhood Super Powers”

Leave a Reply to The Greene Screen Cancel reply