21-1: Dissection of the Undertaker’s Streak 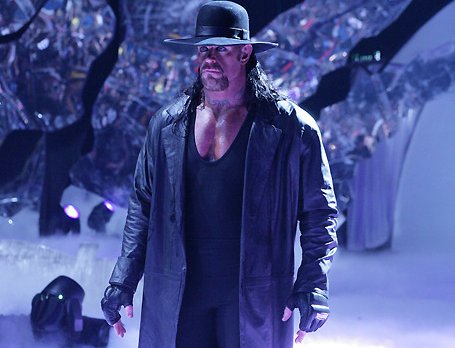 Originally written for and published by Camel Clutch Blog April 2014

The Undertaker’s Streak, WrestleMania’s greatest attraction has come to an end, and I’m still not sure how I feel about it. I’m not outraged like a lot of fans are, even though I understand their sentiment. I’m not sure if I’m satisfied with how it ended, but I can certainly live with it.

When I broke down this match on the Bodyslam Podcast, I said I wouldn’t be surprised if Brock Lesnar won which was the opposite opinion in the studio. I would have bet the farm on the Undertaker getting his hand raised, but something about the buildup to the match told me it might go the other way.

When Lesnar delivered that third F-5, I knew it was over. Instead of looking at the TV screen, I looked at my friends in the living room as the referee counted 1-2-3. The room was pin-drop silent, and my friend’s jaws were on the floor, which mirrored the fans inside the Superdome.

So, why Brock Lesnar? It’s been reported that it was Taker’s call to make him the guy, but what were the circumstances that lead to this decision? Was this Undertaker’s last match? Was this a designed to make Lesnar matter again? Or, was this simply done to give WrestleMania 30 that shocking moment that has everyone talking? We may never know the real answer behind this heavily debated decision.

The general consensus is that Lesnar was the way wrong guy to end the streak because he is already a big name player and is only wrestling part-time. Plus, his cantankerous reputation outside of the ring makes him hard to like thus he is undeserving of this accomplishment.

I have a different opinion on the matter. If you look at wrestling through the prism that it is real and ignore all the internet rumors and backstage crap, It makes sense that Brock Lesnar ended the streak. His character has accumulated more titles and won more significant matches in a faster amount of time than most WWE Superstars. When he traded theater for combat, he won the UFC heavyweight title in his fourth professional fight by dethroning the seemingly un-beatable Randy Couture.

I was perusing the Camel Clutch Blog and found a fascinating article covering the backstage urban legends of WrestleMania. The word is Undertaker was in serious jeopardy of losing two of his WrestleMania matches before Sunday. A loss in either match would have dramatically altered the deadman’s career and killed the streak before it began. Now that Brock Lesnar has made history, the question remains, was he the right guy or was there a better choice along way to 21-1? Let’s take a look.

The Undertaker vs. Jimmy “Superfly” Snuka WrestleMania 7 – Taker was the new monster on the block and Snuka’s best days were behind him. There was no logical reason for outcome to go any other way but a Tombstone piledriver for the 1-2-3.

The Undertaker vs. Jake “The Snake” Roberts WrestleMania 8 – Roberts was on his was out of the company so it made no sense to put him over. Plus, Undertaker had just turned, so losing his first big match as a babyface would have stifled that endeavor.

The Undertaker vs. Giant Gonzalez WrestleMania 9 – It wouldn’t surprise me in the slightest if at one time, Taker losing to Gonzalez was on the books. Vince McMahon saw a lot of money in the 7’ 6” Argentinean at one time. However, history shows that the right guy won that night.

The Undertaker vs. King Kong Bundy WrestleMania 11 – This is one of the matches that Eric talked about in his article. Bundy had just returned to the WWF and Vince probably believed he would be the top heel again like he was against Hulk Hogan years earlier. The right call was made considering Bundy, in his second run, came off as more a caricature of his former self.

The Undertaker vs. Diesel WrestleMania 12 – I understand the thought process behind Undertaker losing here. Shawn Michaels was getting the title and Diesel was set to be his first program as champion. You want a title challenger coming off a big win so the people will buy him as a threat. Luckily, Big Daddy Cool was headed for WCW so it was a non-issue.

The Undertaker vs. Sycho Sid WrestleMania 13 – Nothing to worry about here. Shawn Michaels lost his smile, scrapping the rematch with Bret Hart, and the call was made to put the belt on the Undertaker and push him as the top star in the company.

The Undertaker vs. Kane: WrestleMania 14 – Like Undertaker was eight years earlier, Kane was the new monster in town and looking for revenge against his big brother. As a non-smartened up fan who was oblivious to the internet, my jaw would have hit the floor if Taker lost since that was rare. Now that I’m a little more enlightened, Kane winning wouldn’t have been that big of a surprise and might have been the right call?

The Undertaker vs. Big Boss Man WrestleMania 15 – This is another streak match where the outcome was academic. The Attitude Era was in full swing and the Ministry angle was just gaining momentum.

The Undertaker vs. Triple H WrestleMania 17 – Thinking about it now, Triple H could have easily walked out of the Astrodome with the win. He was one of the top stars in the company and a mainstay in the world title picture. For a while, this was considered their greatest WrestleMania match.

The Undertaker vs. Ric Flair WrestleMania 18 – Ric Flair was on the back end of his career and more of an attraction than a serious contender. There was no reason to have the Nature Boy conquer the Dead Man. Side Note This match would be the last time we would ever see the famous Arn Anderson Spinebuster.

The Undertaker vs. Big Show & A-Train WrestleMania 19 – This was supposed to be a tag team match. However, Nathan Jones was so horribly bad in the ring that they filmed an angle, having him assaulted in the locker room, which removed him from the match. Even under handicap rules, Show and Train were too far down the card to be taken seriously as a threat.

The Undertaker vs. Kane WrestleMania 20 – This is the least likely time the Undertaker would ever lose at WrestleMania. Fans were tired of the American Bad Ass Biker gimmick and wanted the Deadman back in the worst way. That’s exactly what they got.

The Undertaker vs. Randy Orton WrestleMania 21 – This marks the first time the streak was used as a part of the story. Randy Orton was quickly rising through the ranks as the “legend killer” and some had him pegged as the future of the business. It would have made sense to end the streak here but Orton’s backstage attitude didn’t instill the confidence need for the company to go all the way with him at that time.

The Undertaker vs. Mark Henry WrestleMania 22: Before Mark Henry was sending opponents to his Hall of Pain, there was a fifteen year period where he couldn’t get heat if he was on fire. Vince gave the big man quite a few start and stop monster pushes in order to capitalize on his multi-million dollar investment. At the time, the streak was a deal but not a big deal. In the end, I think the powers that be were building Henry to make him credible for a match with the Undertaker with no designs of an upset.

The Undertaker vs. Batista WrestleMania 23 – Taker was coming off of his first Royal Rumble win and Batista was the world heavyweight champion. At the time, some felt Taker should have passed the torch to the younger superstar. However, ending the streak wouldn’t have increased Batista’s already popular status enough to justify such an accomplishment.

The Undertaker vs. Edge WrestleMania 24 – Edge was an amazing performer in any role, and while ending the streak would have served him well, telling a good story takes precedent over elevating talent who doesn’t necessarily need the boost. The Undertaker was in the unfamiliar role of underdog since he was going against a foe he had never bested and was also undefeated at WrestleMania. Redemption was required.

The Undertaker vs. Shawn Michaels WrestleMania 25 –Not only did this match make the streak famous but we really had no idea who was going to win. This babyface vs. babyface encounter between two wrestlers who are in the GOAT discussion not only exceeded expectations but shattered them. The result produced the definitive pro wrestling match of the modern era.

The Undertaker vs. Shawn Michaels II WrestleMania 26 – Streak vs. Career is all you really need to say. This match also produce that “who’s going to win” factor because Michaels’ retirement was a well-kept secret. I remember thinking Michaels would win and that would set up the rubber match with Taker wanting revenge for the loss.

The Undertaker vs. Triple H II WrestleMania 27 – A great story is not always about the end but how you get there. We knew Triple H wasn’t going to end the streak, but that didn’t matter. Undertaker losing in victory made us wonder if the tank was finally empty.

The Undertaker vs. Triple H III WrestleMania 28 – Proving that a win wasn’t a fluke is all the motivation one needs. Especially when the person you beat is unapologetically convinced that he has your number. Again, we knew Triple H wasn’t going to win but the end result proved he was the right guy across the ring that evening.

The Undertaker vs. CM Punk WrestleMania 29 – Before he walked out on the company, I believed that CM Punk could have been the right guy to end the streak. It was a fresh match up in a sense that their previous bouts took place before Punk was a main eventer. However, with Paul Bearer’s passing being used as a part of the story, there is no way Punk was going over in that situation.

The Undertaker vs. Brock Lesnar WrestleMania 30 – We all know what happened here.

Many feel the Undertaker’s streak should have only ended at the hands of a star on the rise in order to make them into a main event player, but WWE’s proclivity to start and stop pushes makes giving the win an un-established star a fool’s errand. Roman Regins and Bray Wyatt are being groomed for main event success, and having one of them win might have been too predictable which is what you don’t want when trying to entertain an audience. Plus, Brock Lesnar is now special again after losing his je ne sais quoi when he put over John Cena in his first match back with WWE. So, in essence, the streak accomplished its desired intent. It made someone.

I’d remiss if I didn’t talk about the elephant in the room. The match itself was horrible, and that fact is now dwarfed the enormity of the moment. If what we saw last Sunday was a mirage, all we would be talking about is how slow and lethargic the Deadman looked. He was hurt during the match, still, the intensity was missing, and the magic is gone.

I don’t think any of us want to live in a world where a poor performance is our last memory of the Undertaker. He’s earned better than that, and at 49 years old, I think he believes that too which is why he ultimately made the decision to put over Brock Lesnar. Along with Bret Hart, the Undertaker is my favorite wrestler of all time. If WrestleMania 30 was his last hurrah, I want to thank Mark Calaway for making me believe that a bad ass doesn’t have to be a bad guy.