Home › Pro Wrestling › Five Matches That Should Have Gone Differently

Five Matches That Should Have Gone Differently 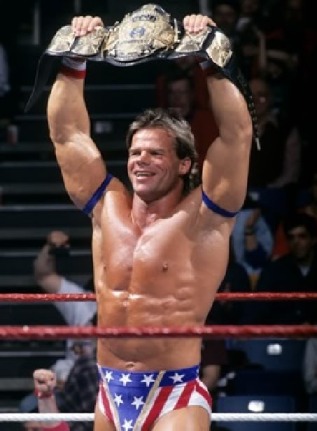 Timing is everything when it comes to the world of professional wrestling. Striking while the iron is hot or simply knowing when you have a good thing is paramount in having a successful business model. However, creative aspirations tangled with a personal agenda can miss the mark entirely with a second shot at redemption never materializing. You only one chance to make a first impression. Wrestling is littered with missed opportunities at creating some memorable moments.

Lex Luger vs. Yokozuna – Summer Slam 1993: Yokozuna vanquished the mighty Hulk Hogan, and Titan Towers needed a new hero to appeal to the masses. One body slam later on the USS Intrepid, and Lex Luger instantly became the red, white, and blue star of the company. He just needed the crown in the form of the WWF title to validate his rule.

The problem is Vince McMahon decided to delay Luger’s coronation until next year’s WrestleMania, banking on a more significant box office return. Luger won by count out, and a hollow celebration ensued as confetti and balloons fell from the ceiling. The title didn’t change hands, and the Lex Express had run out of gas by the time WrestleMania 10 rolled around. People want what they want when they want it. Telling the consumer otherwise leads to all-around disappointment.

Bret Hart vs. Shawn Michaels – Survivor Series 1997: My opinion on this matter comes from a different place than most. I’ve always been a super mark when it comes to wrestling. All I knew was what I saw in front of me. No rumors, no newsletters, which is how the majority of fans enjoy their professional wrestling. When Michaels got Hart in the Sharpshooter, and the bell rang for some inexplicable reason, my friends and I were left feeling, huh?

I didn’t know what actually happened until I discovered the internet a year later. I’ll always believe the Montreal Screw job is the biggest work in the history of the business. You’re trying to tell me that Vince McMahon couldn’t get his troops in line and tell them how things were going to be? Bret should have gone over at PPV, and Michaels should have won it the next night on Raw. If this was legit and Vince was really concerned that Bret would show up on Nitro with the belt, he should have stripped him of the belt and put it on someone else or even start the Austin era four months earlier. Leaving a paying audience hanging is not good storytelling.

Al Snow vs. Shane Douglas – Wrestlepalooza 1998: Al Snow was so popular ECW that he could have read Shakespeare to the bloodthirsty fans inside the ECW Arena, and he still would have received the biggest pop of the evening. The snowman could do no wrong as wrestling rings across the country were littered with styrofoam mannequin heads as audience chanted “Head! Head! Head!” and “We Want Head”

The night finally came when Snow challenged Shane Douglas for the heavyweight title. The match had fans on the edge of their seat as they counted down to the crowning of a new “Head” champion. The last thing anyone expected was for Douglas to pin Snow clean in the middle of the ring.

That is precisely what happened

The result was a big kick below the belt to wrestling fans. Douglas and Snow did the handshake gimmick after the match as the locker room emptied and hoisted both men on their shoulders in an attempt to mask the unpopular outcome with celebration. It didn’t work. Fans threw their heads in the ring in disappointment

Al Snow was initially booked to win the title. However, what many people forgot was that Snow was under contract to WWE at the time and was on loan to ECW during a time when the two promotions would exchange lower card talent.

When Vince Russo learned of Snow’s surge of popularity, he was recalled by the WWF and made his Raw debut on June 1st. In the end, it was better for Snow’s career to go back to WWF. Still, a title change would have been a classic moment.

Bobby Roode vs. Kurt Angle: Bound For Glory 2011: TNA has this uncanny ability to consistently book the polar opposite of what the audience wants to see. Bobby Roode went over in the BFG series and earned a title shot against Kurt Angle. The stars were perfectly aligned. Roode was booked stronger and stronger each week on television, and the people were digging it. They believed in Bobby Roode Bobby, but they didn’t just want him to win; they wanted TNA to put their stamp of approval, stating he is the man.

Hulk Hogan, in his infinite wisdom as head of creative, thought it would be better for Roode to lose in the biggest main event of the year, turn heel, and win the belt a week after. Better late than never doesn’t apply in this case because when something is highly anticipated, wrestling fans want it when they expect to get it. Roode is no worse off than before, but he should have been given a shot at being the star of the company. After all, nothing else has worked for TNA.

Kevin Nash vs. Goldberg: Starrcade 1998: We all know how this went. Kevin Nash was in charge and booked himself to go over Goldberg, thus ending the famous undefeated streak. The IWC despised Goldberg squashing opponent after opponent, but casual fans, which makes up the majority of the audience, loved it.

Goldberg beat everybody under the sun, and Nash was the last main event player to defeat.

If he would have defeated Nash, the mystery and intrigue surrounding who eventually ends the streak would have grown to the level of the Undertaker’s WrestleMania streak. Another main eventer could have gone over on their second or third turn with Goldberg or elevating a mid-card player by having him win in a shocking upset. Having Goldberg go down at the hands of a cattle prod was another pro wrestling angle and turned something special into something ordinary.