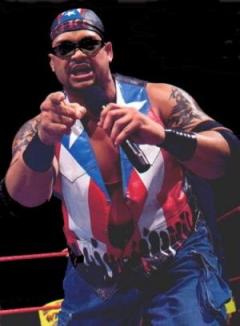 In the spirit of No Way Out this Sunday, I’m reminded of the very first installment of this pay-per-view happening back in 1998. It was the twentieth event under the In Your House banner and the company changed the name two weeks out to No Way Out of Texas. Jeff Jarrett defended an NWA title on WWF TV against Bradshaw, Taka Michinoku wrestled a rock band and Brian Christopher was almost fired on the spot for calling him a “jap” while on commentary.

The eight man tag team main event was scheduled to be Stone Cold Steve Austin, Owen Hart, Cactus Jack and Chainsaw Charlie against Shawn Michaels, HHH, Road Dogg and Billy Gunn. WrestleMania 14 was on the horizon and with Mike Tyson’s involvement in the Austin/Michaels title match, there was very little interest in this event. No Way Out was the first event that my friends and I didn’t care to see which is shocking if you knew how much we loved wrestling when we were in high school.

We had a unique PPV ordering system. My house was always ground zero for the WWF’s big four while my friend Chad was the same for the WCW’s main quartet. Every other event was fair game for anyone in our posse and usually took a combined effort to scrounge money together along with hours of deliberation on the afternoon of the event to determine who would draw the short straw and try to convince their parents to have a bunch of crazy wrestling fans over on a Sunday night.

Chad called me at 6:30 pm that evening and informed me that Shawn Michaels hurt his back and a mystery partner would replace him. MYSTERY PARTNER!?!? We had to see this event now! Chad’s parents weren’t home so he took a big risk in ordering the pay-per-view and having all of us over. Thankfully, his parents never found out about this endeavor.

Speculation ran rampant as to who would replace HBK as we all assumed someone had jumped from ECW or WCW. Kevin Nash, Scott Hall and Sean Waltman were the usual suspects. My prediction was Sid Vicious, since he and Shawn have a history together. We were all wrong as it was Savio Vega who came out to a thunderous applause of silence.

Jerry Lawler and Jim Ross tried to salvage this by mentioning the potential involvement of Los Boricuas which was a Puerto Rican heel stable led by Vega that was comprised of Miguel Perez Jr., Jose Estarda Jr., and Jesus Castillo. It didn’t work out that way in the end as Austin delivered a stunner to Road Dogg for the pin.

Savio Vega was a talented wrestler. I remember cheering for him when he came within an eyelash of winning the King of the Ring tournament in 1995, but he hadn’t been relevant in years. WCW kept shocking fans week after week with mystery partners galore during the nWo era so it is easy to see how utterly disappointing it was as the entire event was built around this moment.

Kane pinned Vader and nailed him in the face with a giant wrench after the match.