I can’t believe I forgot about this gem produced by World Championship Wrestling and released by Marvel Comics. S.L.A.M. Force (Secret Legion Against Monsters) was a group put together as a covert group to battle supernatural forces of evil. The members of this elite fighting forces is an interesting selection, to say the least.

Their first mission takes them to Antarctica where our warriors of the squared circle have to stop some bad guys from uncovering the missing link and using its powers for world domination. These comic books came with each purchase of a Slam Force action figure. The story is cheesy but it’s “Great Expectations” compared to the Ultimate Warrior’s comic book. Now, let’s meet our heroes. 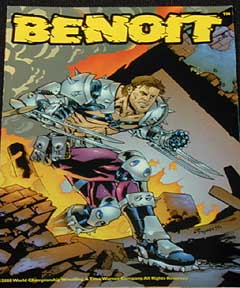 Chirs Benoit: Kind of has a Wolverine thing going on. Makes sense since it was his nickname

Kevin Nash: Has a rock & roll Thor type of character. The giant hammer is appropriate since he is in a Sledge Hammer match this Sunday and it can be used in burying people which he is an expert at 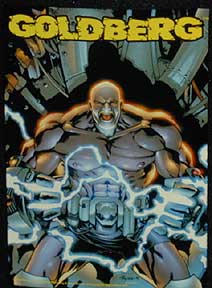 Bill Goldberg: “Hulk Smash” first & asks questions later. Makes an error or two for a poor lack of judgement in the book 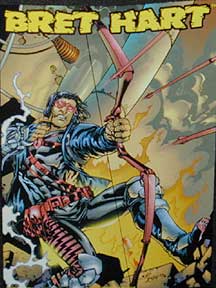 Bret Hart: Marvel gave him the Hawkeye treatment. No powers. Expert with an bow & arrow. Makes sense since his name is the “Hitman”. I just don’t know how we can expect him to fight the forces of evil with the guy who ended his career in Goldberg

Sting: They and made him Morbius. He is the leader of this pitiful little band.