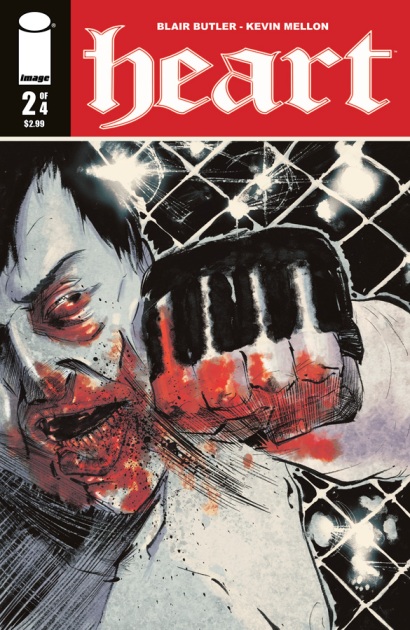 Oren “Rooster” Redmond has tasted the fight life and he never wants to go back to the 9-5 grind ever again. The second installment of this mixed martial arts tale chronicles Redmond’s journey from amateur to professional fighter. We meet the entire cast of characters at the gym where he works out at and they all have their own little story.

The life of a professional MMA fighter is brutal as the training is some of the hardest in all of sports. It’s something you need to be 100% committed to in order to be successful. Redmond doesn’t want to be another weekend warrior or some guy who likes wearing skin tight Tap Out shirts. He wants to be a world champion and he is going to enjoy the ride. We discover how Oren got the nickname “Rooster” and we see him in his first professional bout.

If you watch G4 you know Blair Butler is a huge fight fan. Speaking as someone who has dabbled with MMA training, Butler’s approach is pretty authentic and her insight shows in her writing. It was a smart move to only make this series a limited run. That’s not a knock at all. The story has the potential to become redundant since it lacks a little of that comic element that fans long for. Anyone who is a fan of MMA or looking for something different on Wednesdays will not be disappointed.